If your organization has been doing the same hum-drum fundraising events as everyone else – golf tournaments, 5K’s, banquets, walkathons – you should give serious consideration to hosting a Sporting Clay Shoot.

Most communities are filled with the same types of fundraising events.  As a result, it’s very difficult for a school or nonprofit organization to create a unique and exciting event that has sizzle and wow-factor.

So if you’re interested in a major fundraising event that is fun, different and novel, a Sporting Clay Shoot may be just the ticket to drive some excitement and energy.  In fact, every one of your participants is guaranteed to have a BLAST!

The Sporting Clay event is one of several events that involve shooting a small hard-clay disk, called a skeet, with a shotgun.  Of the various skeet- based events (trap, skeet, sporting clays), sporting clays is the most fun for shooters.  Events are conducted a sporting clay facilities, which are located throughout the country.

Why Sporting Clay Shoots are Superior to Golf Events

The most successful Sporting Clay Shoots are not entry-fee events but fundraising events.

With most clay shoots, the typical revenue model involves shooter entry fees plus corporate sponsors.  The most common entry fee in clay-shooting events is $75 per shooter.

In other words, you’re typically spending up to 80% of the entry fee on expenses, and even if you have 100 shooters in your traditional-model charity clay shoot event, at $25 profit per shooter, you’ve only made $2,500.  This is a horrible use of time and money.  This inefficient fundraising model is also the reason why the average charity clay shoot in America raises less than $5,000 in profit.

The revenue model we use in Champion sporting clay shoots is fundamentally different.

Instead of writing an entry fee check (that leaves $25 in profit), most Champion shooters are seeking to raise a fundraising goal of $2,500 per shooter.  The average fundraising shooter raises approximately $1,750 – which after expenses leaves over $1,650 in profit to your organization.  In other words, one fundraising shooter (at $1,650 profit) produces the same bottom-line profit as approximately 60+ entry fee shooters (at $25 profit each).  And just like entry fee events, you can add corporate sponsors to sporting clay shoots.

If your school or nonprofit organization is looking for a major fundraising event that can not only raise significant money but also is fun, out-of-the-box and has huge WOW factor, consider conducting a Sporting Clay Shoot.

Sporting Clay events are easy to organize, only take about three months to plan and create a draw that usually brings many new people and donors into a financial relationship with your organization.  Because virtually nobody LIKES to fundraise, creating a FUN event with high WOW factor is a great way to involve people in the fundraising process to ultimately drive significant funding to your mission. 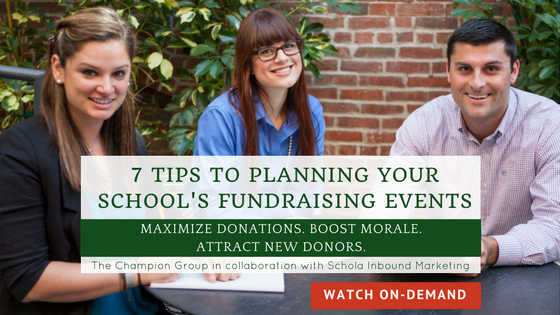 If you’re looking for a new and novel way to raise funds or want to hear more about how to run a Sport Clay Shoot fundraising event, give us a call at 1-800-490-1959

How Money Is Raised