The Importance of Servant Leadership

Colonel Hal Moore was the most decorated U.S. military personnel of the Vietnam War. Time after time he led his men victory in impossible situations and battles. As impressive as his record in battle was, what was more impressive was the willingness of his men to follow him. They didn’t follow because they won easy victories. In fact, many of his men died in battle. Colonel Moore’s men followed him because he told them “Every time I lead you into battle my boots will be the first one on the battlefield and the last ones to leave.” He knew what it meant to lead by example. He knew what it meant to serve while leading.

How well your future fundraisers (and, ultimately, your organization) perform will be contingent on how well you lead. Leadership sets the tone from the very beginning. Colonel Moore’s men knew from the first day they came under his command they could not outwork him. Wherever they went he would have been the first, setting the pace and leading the way. People want to follow individuals who serve with such passion and love. Show the participants of your fundraiser how much you care about your organization and they will follow in your footsteps.

At The Champion Group, we have learned to not focus solely on how much money was raised. A successful fundraiser this year will not be the thing that allows your organization to succeed long-term. It will be the leadership. So, are you being faithful in the little things? Lead by example and see what happens!

Are you looking for more ways to raise funds for your organization this fall? Click on the banner below to enroll in our free webinar on Wednesday of this week! 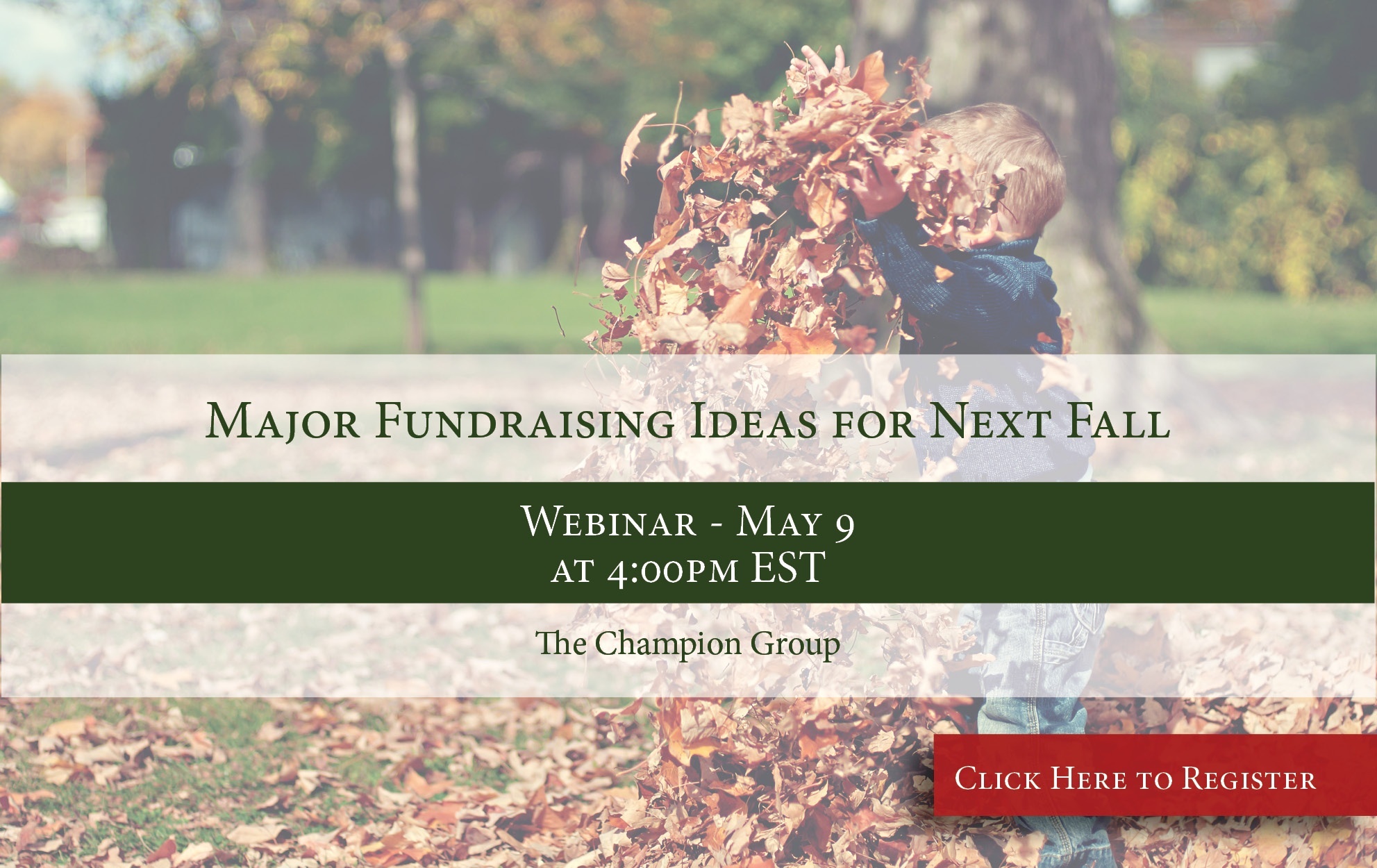 How Money Is Raised